Subscribe to our RSS feed.Follow us on twitter.Like us on Facebook.Let's meet in LinkedIn
July 27, 2011 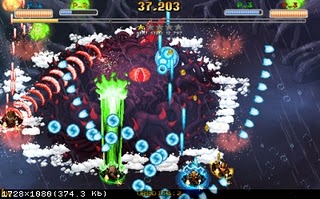 I have been thinking a lot recently about the use of challenge in game design after a good friend of mine mentioned that I’m somebody who can’t stand to play a game unless it is hard enough. (I’m looking at you, Assassin’s Creed 2.) I’ve written enough about this now that I need to split this into two posts: part one discusses the uses of challenge, and part two showcases how design can create challenge versus frustration.

I’m going to give away the punch line of my post right off the bat. (Sorry.) Gameplay that is challenging is good for two reasons: it makes the player more likely to remember his gaming experience, and causes the player to perform at his best.

There is a disturbing trend in the game industry to make games easier. The core argument against gameplay that is challenging is this: the more challenging a game is, the more likely players are to fail in general, which leads towards quitting. This in turn justifies removing some of the challenge to appeal to a broader audience with a purportedly more enjoyable gaming experience. However, plenty of things fly in the face of that idea. For example, a 2008 Gameism article on Challenge vs. Frustration used Grand Theft Auto IV to show why reducing challenge to reduce player frustration just isn’t the answer:

Within the last ten years, there’s been a very deliberate progression away from “hardcore” ludic aesthetics.  Before the 64 bit era games, pretty much everything on the market was “Learn by Death.” … But the biggest problem with taking away “Learn by Death” is that in many ways, we’ve removed the challenge. There is little to no tension in GTA IV, because I know that if I get into trouble, I just need to die.  Cops chasing you?  Don’t get arrested; they’ll take away your guns.  Just fight them, die, and wind up at the hospital with all of your guns still on your person.  The only penalty is that you might have to replay the mission you were on, and you probably lost the stolen car you were driving at the time.

Sure, there are hard parts in GTA IV. But in the ten hours I played GTA IV I didn’t once have a nail-biter moment (at least I don’t recall many).”

It is both intuitively apparent and scientifically tested that these nail-biter moments are often what make games memorable. In every aspect of life, memory and physiological arousal (your heart rate, perspiration, etc.) are innately linked. One 1992 study tested memory performance for pictures that varied along “affective dimensions” (scales of emotional response) of pleasantness and arousal. In other words, people looked at and then recalled pictures secretly assessed for their pleasantness and ability to arouse. (Again, physiologically. Don’t get any ideas.)

Can you guess what kind of picture was best remembered after one year? I’ll give you a hint: the one that supports this article’s agenda.

While both the pleasant pictures and the arousal-inducing pictures supported memory in the immediate short term, only the arousing pictures enhanced memory after a year. If this applies to games as well, then players will be more likely to remember arousing games over pleasant games in the long term. How do we create arousing games rather than pleasant ones? Have the challenge level closely match the player’s skill level.

Even more powerful, though, is the observation that increased arousal and increased player performance are linked. This observation is codified by the empirical Yerkes-Dodson Law. It may be easy to think that a player’s performance is solely dependent on their skill level, but the Yerkes-Dodson Law makes it abundantly clear that arousal (or lack of) induced by gameplay can allow a player to perform at higher or lower levels than he expects.

Low pressure gameplay will likely lead to low levels of arousal, which will actually decrease the player’s performance! The consequence of not performing up to an expected level (even if the player does succeed) could lead to discouragement or frustration, ironically eliminating the supposed advantages of lowering the challenge level in the first place.

As a general rule based from the Y-D Law, if the player is familiar with the gameplay goal (simple task), arousal (challenge) should be quite high, stressing the player to his limits. If the task is not well known or very difficult to execute (difficult task), the gameplay challenge should be tempered, but not removed.

Obviously games must be tailored to a target audience to be effective. One simple way of defining a game player is using the Bartle Test archetypes: Killers, Achievers, Explorers, and Socializers. The obvious question is this: does a challenging game induce physical arousal in predominantly explorer/socializer personalities and to what degree? What kind of arousal response is induced from discovering new content and interacting with others for explorers and socializers and how powerful is it compared to arousal induced by challenge in killers and achievers? It seems intuitive to me to think of explorer and socializer activities as edging towards “pleasant” rather than “arousal inducing.” Could this have an effect on the player’s long term memory of their gaming experiences?