Subscribe to our RSS feed.Follow us on twitter.Like us on Facebook.Let's meet in LinkedIn
January 3, 2012 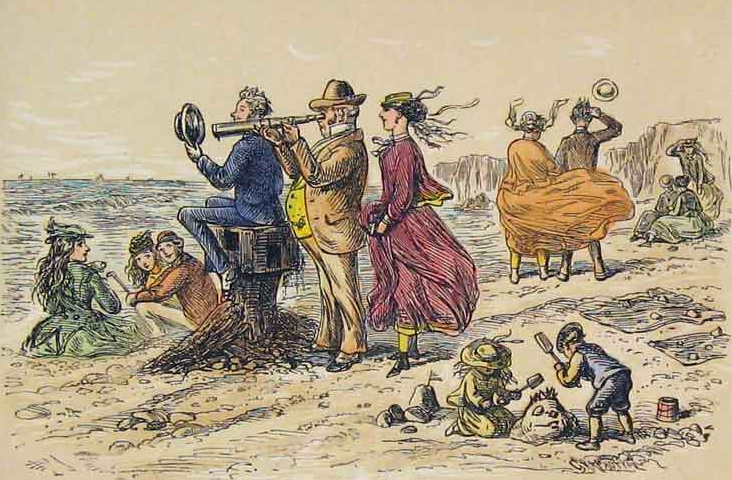 Designing for Sanity’s Sake: Keep Your Eyes on the Prize

Every design needs goals. What kinds of goals? Aesthetic goals. I don’t mean just how the game looks. I am speaking from the standpoint of the MDA Framework, a groundbreaking attempt to formally model the elements of gameplay. Let’s explore the three elements of MDA, starting from the canon definitions in the linked paper:

I have italicized data representations and algorithms because there is a very important connection to be made between MDA and the design categories defined in the previous post. Data representation is the equivalent of parameters and algorithms are the equivalent of rules. Specifically, mechanics are the means by which the players and the game affect each other using rules to affect parameters. They are the “actions and events” from the rules description. In essence, a mechanic is an envelope for how the game or the player affects their, others, or the game’s parameters through sets of rules and decisions, with associated content that interacts with but does not directly affect the mechanic. Below is an example breakdown:

Some mechanics are too complicated to be defined by this envelope. In those cases, it is pragmatic to reduce the mechanics to their simplest counterparts, and then create mechanics-complexes that include the interactions of multiple mechanics. At this point, it’s simply a matter of organization and semantics. Within the mechanic, the rules and parameters can either be apparent to the player or revealed through feedback from the game.

In boardgames, generally the rules and mechanics are all well-known because there is no automation; everything mechanical is operated by the players and must be learnt from the rulebook. In video games,  rules are often hidden (eg. how damage is calculated in a real time strategy game), as can parameters (eg. your run versus your sprint speed in a first person shooter). Some prominent designers consider the rules or mechanics to be a black box. They certainly can be in some cases, like those I have described, but I believe that dynamics, the next topic, are a universal black box across all types of games. Also, it is important to note that different designers have different ways of organizing these terms (as Mr. Koster has done in his article versus mine), so tread carefully.

A fairly accurate way to describe dynamics is ’emergent gameplay.’  That is, gameplay that is not built into the game, but comes about from the interaction of the players and the mechanics presented to them. A designers cannot interact directly with them by “adding” them as they could add mechanics, and they are more difficult to plan for than aesthetics.

Dynamics aren’t even necessarily readily observable while one is playing a game; it may take an outside observer to note the patterns in play that emerge given a particular group of players. Because of this, playtesting is the most efficient way to ascertain the dynamics that are evolving from your current rules and current players. If you feel that a particular mechanic is contributing to that dynamic, tweak one (and only one) part of the game and then playtest again with the same group. Playtesting with different groups can be useful to get a broad sense of the dynamics that can evolve, but only after you have finished the tweak and verified the results with a duplicate group.

First, a quick caveat: to generalize aesthetics fully, we should instead describe them as all of the emotional responses evoked in the player, not just the desirable ones. Like I mentioned in the beginning of this post, your ultimate goal as a game designer is to evoke the desired aesthetic responses from your players. Content interacts more directly with aesthetics than rules and parameters, but the aesthetics are not necessarily most heavily influenced by them.

Board game aesthetics are primarily consequences of the gameplay dynamics themselves, not from the game content. However, in more media-intense a games, the content has greater leverage on the aesthetics. Space Marine is a great example of a video game with content finely tuned to enhance the aesthetic experience, specifically its execution animations and brutal, overwhelming sound design. The aesthetics in an equally media-rich game like Dark Souls, most would agree, is more defined by its difficulty curve and combat system than by its content, though!

As described in the original paper, aesthetics can be divided into a number of different categories. The non-definitive list is as follows:

Content influences certain categories of aesthetics more directly. For example, it would likely influence fantasy, sensation, and narrative more than challenge, fellowship, and submission, which would be primarily dictated by the dynamics of the game.  In other words, some aesthetics are more or less “content aware” or “dynamics aware” than others. Ultimately, every change in design should contribute to your aesthetic goals. This is especially important to think about when determining which mechanics contribute to the game. Every designer has his or her own pet mechanic that seems fun and interesting, but ultimately does not contribute to the vision of the game. While it is painful to tear out pieces of the game, ultimately we must do what is best for the game, not for our ego.

To round things off, here is the way that I interpret the interactions between all of the game ideas and elements that we have explored in this post and the last in graphical form. The missing component, aesthetics, is simply the way that the player interprets the diagram as a whole. Enjoy, and see you next time!