Subscribe to our RSS feed.Follow us on twitter.Like us on Facebook.Let's meet in LinkedIn
June 8, 2012 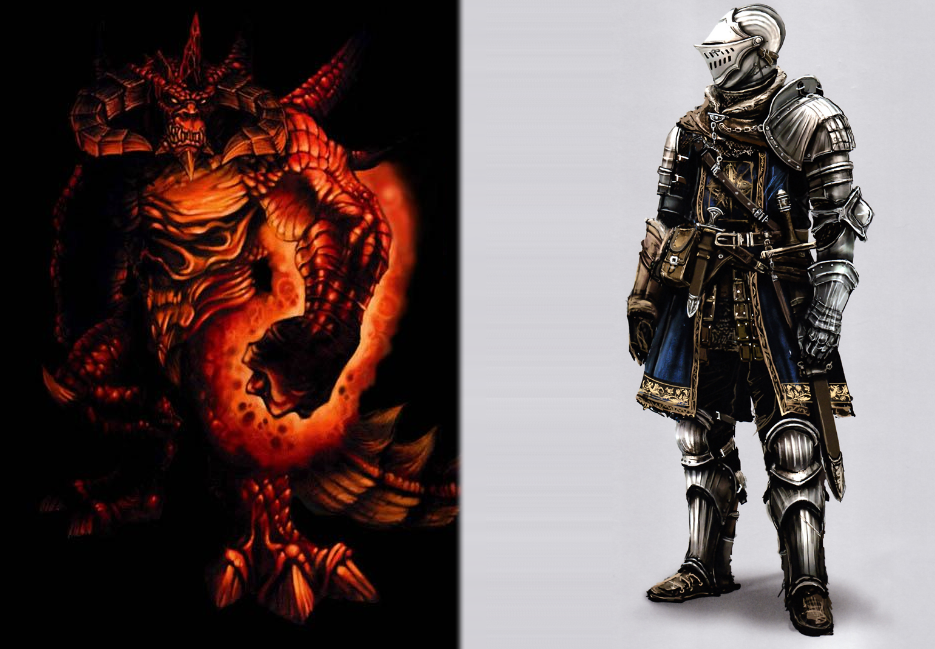 More Than a Feeling: Pacing in Game Design

Why hello, it’s been a while. Sorry about that, I got a little distracted by my candidacy. I passed! (Yay.) Now let’s get back to writing.

So, I’ve been playing a lot of Diablo III recently, as if any self respecting PC gamer would think to do otherwise. Beyond all the hullabaloo and flim flam about DRM this and auction house that, it got me to thinking about just how well its design promotes fast paced gameplay. In stark contrast are games like Dark Souls, which play comparatively like decade-old molasses. The funny thing is that Diablo and Dark Souls are both technically “action RPGs,” and yet they are so unalike. If you put them on a blind date, Diablo would start blabbering about loot tables and unique mobs; Dark Souls would look blankly into space, wondering why she was in the same room with this nitwit.

So what makes them so different? Why is Diablo the hare and Dark Souls the tortoise? Essentially, Diablo gives the player more tools, more freedom, and more information.

Wait a second. What? There’s no speedy or zippy words in there: no faster, no quicker; I call shenanigans! Except it’s true. Those are the defining factors that injects adrenaline straight into Diablo’s catorid artery. (Side note: I always want to spell it carrotted, as if vegetables could establish a symbiotic relationship with me.) None of this is to say that Diablo is the better game, just a different one. Let’s examine why…

No, not the triple-popped collar tool-bag. However fun it is imagining all the monster in Diablo being replaced by fraternity bros, you must restrain yourself! We’ve got work to do. When I say tools, what I mean are the abilities and actions available to the player at any given moment. In Dark Souls, there are a few things you can do in a fight: light attack, heavy attack, block, use your selected item, or kick. (Did anybody actually use kick?). In Diablo, once your character has gotten past the crackly-voiced puberty of Levels 1-24, he can sport a total of six skills of your choice, in addition to a potion. Now, the number of options in Diablo doesn’t seem like it’s much more than Dark Souls.

However, what is even more important than number of tools is the variation between each tool. In Dark Souls, most attacks are similar to each other expect to the extent of how much stamina they take to use, what their wind-up animation is, and whether it’s a sweep or a stab. Attacks in Diablo, however, can vary from spitting out a gigantic frog to creating pools of red hot magma. Going back to the tool analogy, imagine that one bag has a bunch of different hammers; the other has a saw, a chisel, and a snorkel for some reason or another.

A wider variety in tools, leads to more options available at any one time. This increases the complexity of the decisions the player must make to find a good strategy, which in a real-time game increases the pace of gameplay. If we more closely examine the tools available to the players in each game, one important distinction emerges: Dark Souls allows for perfect or near-perfect damage absorption by blocking or parrying. This does have restrictions, as I will discuss in the next section, but by and large it allows the player to ‘turtle’ much more effectively than in Diablo. Dark Souls’ design allows the player to wait for the right moment. Diablo will have none of this pussyfooting around; it’s fight (or run) or die.

There’s a term in military lingo known as the force multiplier; it describes something that makes one trooper as effective as many. Freedom is essentially a pace multiplier with respect to tools. If you have a lot of tools, but little freedom to use them, the pace is going to stay slow. Similarly, with few tools but a lot of freedom, the pace can still be as cool as one of those delicious push-up pops that you probably enjoyed as a kid. (Oh no, the brain freeze!) The more freedom a player has, the more actions he can be either doing or considering at any one point in time.

Dark Souls has two ways of restricting player freedom during combat: the stamina system and wind-up times. Any combat action other than walking around or blocking drains stamina instantly, which limits the player’s ability to, well, do things at all. While Diablo has class-specific pools that are spent on abilities (Rage, Spirit, Discipline, the word soup goes on!) standard attacks are always available regardless of how much your character has been fighting or running around. In Diablo, you should be doing something at all times because the game lets you.

Diablo also gives the player more freedom in how their character moves in the world. Dark Souls enforces that you must turn around like a normal human being; in Diablo, turning and adjusting direction is instant and without penalty. Even running costs vital stamina in Dark Souls; trying to get away from danger can come back to bite you more quickly than you expect when your foe raises an axe the size of your torso in the air and you have all the stamina of an octogenarian left to defend yourself. Almost everything in Diablo happens instantly at the press of a button, while in Dark Souls everything takes time to do, whether it’s swinging your sword or healing yourself.

The amount of information given by the user interfaces drastically affect play style. Dark Souls is a tightly bound third person game, focusing the player’s attention mainly on what is just directly in front of him. Diablo III has a wide isometric view which gives swaths of information about the condition of the battlefield all around. This dichotomy between conservative and liberal information also affects pacing.

Because information is more restricted in Dark Souls, decisions must be made with great caution. In Diablo, so much is readily known that the player can make quick, impulsive decisions with relative impunity! Additionally, the camera view in Diablo simply allows for more to be going on at once. The implications of that should be pretty readily obvious to all but the most un-gamery types.