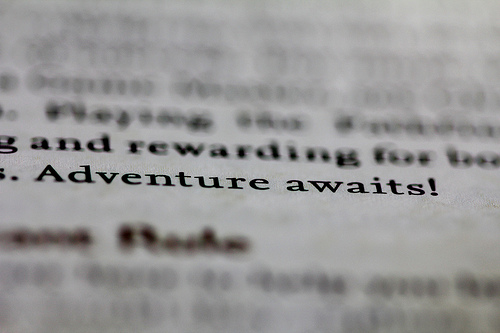 I was recently interviewed by Roger Hicks on his podcast Week in Review, which focuses on news, reviews, and interviews related to the boardgame industry. The interview was great fun and very stimulating—so stimulating that it inspired this article. At one point (19:40), Roger asked me to clarify how stylistic editing can improve the language of a boardgame rulebook. I gave a brief example of how using proper sentence structure can improve reading comprehension, pulling an example from Chaos in the Old World. After finishing the interview, I found I had much more to say about choosing the best structures for explaining various rules and concepts. So here we are.

Declarative: States an action or state of being. The subject usually comes before the verb, and the sentence ends in a period.

That guy is cool. / The players like this boardgame.

Imperative: Gives a command or instruction. The sentence usually begins with the verb and ends with a period or exclamation point. The subject is often absent (and implied to be “you”).

Go to the store. / Do your homework!

Exclamatory: Expresses strong statements. Essentially, it’s a declarative sentence with an exclamation point at the end.

Cool, so let’s narrow the playing field. Rulebooks almost never use interrogative or exclamatory sentences, except in flavor text, so we’ll focus on declarative and imperative sentences here.

Our Mission is Imperative

Too often, rulebooks suffer from flabby, imprecise language that doesn’t express the concepts and rules of the game. Many of these issues stem from using imperatives where declaratives would be better, or—more often, in my opinion—using declaratives where imperatives would be better. To give you some examples of good and bad use of these types of sentences, I’m going to turn again to Chaos in the Old World. As I mentioned on the podcast, I love the hell out of this game, but its rulebook does have some issues. Let’s look at the different types of information that these and other rulebooks describe.

Most board games have phases of play in which the players take actions individually in turn order: for example, the Summoning Phase in Chaos in the Old World. For this example, its rulebook describes how a player would play a Chaos card during his or her turn:

To play a Chaos card, a player simply does the following:
1. Chooses a card from his hand of Chaos cards.
2. Pays the selected card’s cost.
3. Places the card on an empty card space on any of the
board’s nine regions and carries out its effects.

This is an action that is identical for all players and is performed by one player at a time. There’s no reason to refer to “a player” doing things. Once the rules establish that players do this one at a time, it’s very easy to convert these rules to the imperative (with a few extra tweaks on my part):

Using the imperative not only draws the verb to the front of the clause, but also frees the reader from the clumsy construction of placing an imaginary “the player” in front of every clause, creating a cleaner and easier read.

The last example considered single players taking individual, identical actions in turn order, a case which often benefits from using an imperative. But what about when you want to specify which player or players do something? For example, here is the wording in the rules:

For each region, each player first places one corruption token in that region for each of his Cultists there. Then, before moving on to the next region, the players count the total number of corruption tokens in the region (among all players).

In this case, the declarative sentence is certainly appropriate because the text refers to the actions of multiple players simultaneously. Changing the first sentence into an imperative would just complicate matters:

For each region, place one corruption token in that region for each of your Cultists there; repeat for the other players.

Specifying the actors is best done in the subject of the sentence. Because imperatives can’t break out of the implied “you” subject, they are clumsy in this situation.

Continuing onto the second sentence of the last example, it can either be structured as an imperative:

Then, before assessing the next region, count the total corruption tokens in the region among all players.

Or kept as declarative:

Then, before assessing the next region, the players count the total of corruption tokens in the region among all players.

The decision depends on your taste, but I lean toward declarative when multiple players have something at stake and toward imperative when little is at stake. Administrative tasks that don’t need much oversight by other players can often be described using imperatives; here’s the example in the rules, written in declaratives:

Notice how the verbs are buried in their respective clauses? Here it is in imperative form:

The rulebook doesn’t need to specify exactly who performs this action because it doesn’t matter. This freedom lets us use the imperative, which cleans up the order of operations nicely.

Sometimes, the players must select one or more players among them to do or gain something. As written in the rules:

We want to specify which player performs this action, and the declarative is the clearest way to do so. If we used the imperative, we would have to first define the “focal” player, which takes up valuable space and muddles the sentence. For example, trying to convert the top sentence into imperative makes the description longer and more complicated:

The Game Acting on Players

Sometimes, instead of the players acting on the game, the game acts on the players. As written in the rules:

In each region with a Hero token, the player with the greatest Threat who also has at least one figure in that region must choose one of his figures in that region, and remove it from the board.

This declarative is appropriate because the rules give the player the option to choose a figure, so we need to use the declarative to specify that the player has the choice. If that player had no choice, though, the imperative would be better:

In each region with a Hero token, remove one figure belonging to the player with the greatest Threat who also has at least one figure in that region, returning it to his or her supply.

Now for something clean-cut: what about describing a concept rather than instructing the reader how to perform a task? Here’s an example:

Old World cards describe things that happen in the Old World in the course of the game. Most of their effects manipulate and spawn Old World tokens on the game board.

This is a description of what the Old World cards are, but not how to use them. The declarative structure is perfectly appropriate. Using the imperative is objectively wrong because describing a concept is a declaration, not a request or command.

The Rules of Thumb

Let’s wrap everything up. (Note: These best practices are strictly for turn-based games. Real-time games can get all sorts of confusing, so perhaps I’ll cover those in another article.)

I’d love to hear your comments on my style decisions in the comments below. Fire away!