A Look Under the Editing Hood 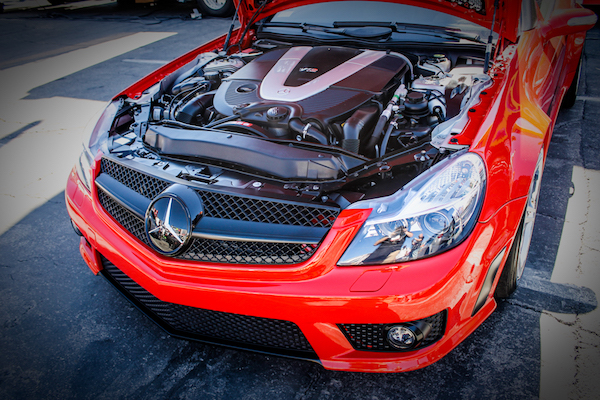 What goes into substantive editing? You’re about to find out.

The word “editing” can mean very different things to different people, so I’m going to give you a peek behind the curtain at my process, specifically my process for substantive editing of board games. Of course, everyone’s needs and timelines are different, and some edits may omit some of these steps or add new ones, but this article should give you a good idea of my ideal process.

Do initial consult. If the rulebook looks like it has lots of holes, I’ll ask the client about their experiences with playtesting and talk with them about developmental work. If the rulebook is in good shape, design-wise, we’ll continue to talk about editing needs.

Receive final rules and components list. The rules need to be design-complete and the components list needs to be final, or—on either count—as close to final as possible. If rules or components get changed halfway through editing, that’ll introduce a world of pain and open the door to errors.

Receive prototype or graphics files. To fully understand how the game works, I’ll need to see the components. Ideally, I get a physical prototype so I can play around with it.

Receive initial payment and contract. This is the fun part! Okay, not really, but the initial payment helps me schedule jobs confidently, and the contract helps me and the client feel safe and on the same page in terms of deadlines, service expectations, and payment.

Do first readthrough. In this readthrough, I want to get a sense of the game’s timing structure, objectives, core play loop, and end conditions. I’ll check for components that are described in the rules but not listed in the components list, or vice versa. I’ll also ask as many questions about confusing points as possible. If there are lots of thorny issues, a voice or video call might be called for.

Make draft style guide and get approval. The style guide is the beating heart of consistency in style: capitalization, italicization, bolding, game terms and verbs, and all that jazz. It describes in detail how the text should look and should be written. I like to start on the style guide as soon as possible, because locking down terms helps to save time and prevent errors going forward. I may make some initial suggestions for changes to terminology or component names, so they better reflect what the component does or what the term implies.

Do structural edit. Ideally, the rules explanations are ordered so the rulebook is the best balance of tutorial and reference possible, but there’s no one-size-fits-all structure. Maybe the book needs to be split into a learn-to-play book and a reference book, maybe not. Maybe it needs a glossary built out, or appendices, or an extended tutorial. Maybe some symbology or core concepts need to be explained before the book even gets to the round breakdown. Essentially, I’ll make the scaffolding for changes to come. I’ll also do some basic tagging of header levels, sidebars, and such, defining the structure in plain text so it doesn’t require using a specific word processor; this tagging will help the graphic designer later. Structural editing is quite involved and could fill a post or multiple.

Do stylistic edit. This is the nitty-gritty edit, in which I consider literally every individual word. I have three goals here: close rules loopholes and fix inconsistencies; make the text correct, clear, and concise; and ask as many questions as possible. Like the structural edit, stylistic editing is a deep process that deserves a post all its own.

Verify against playthrough video. By this point, I’ve likely made a boatload of changes to the text. While these major changes offer big improvements, I may have made some untrue assumptions about parts of the game, or a key rule may not have been present in the original rules draft. To combat these unknown unknowns, I like to compare the edited rules with a playthrough video, preferably from the designer or publisher and not a reviewer. I often wait until after I do major editing to watch a playthrough video because I want to have the freshest set of eyes possible; I want to edit the rules so they’re friendly to a new reader without access to a video.

Finalize style guide. Based on questions brought up during the substantive edits, and the major knots of complexity or inconsistency I’ve found since making the draft style guide, I’ll update the style guide until I’m happy, then make sure the designer is happy. After this point, trying to change terminology almost inevitably leads to inconsistencies. These inconsistencies would probably be picked off in proofreading, but I prefer to nip them in the bud.

Do copy edit. Basically, in this edit I make sure that all the text throughout the rulebook and components matches the decisions in the final style guide, and I’ll finish tagging the rulebook to help with layout later. I’ll also make sure that references to other chapters and sections have the correct names.

Run copy-editing software. Nothing beats the human eye (yet) in many kinds of editing, but technology can definitely help near the end of the process, especially in checking for terminology consistency. To help squash these bugs, many editors (including me) use PerfectIt.

Do usability testing. Getting a game polished from “glossy” up to “gleaming mirror finish” means exposing it to even more eyes. Like blind playtesting during the design stage, usability testing is also blind—the players must learn the game themselves, with no guidance. But rather than focusing on whether the game is fun and balanced, this testing focuses on whether the players can easily learn the game from the rulebook and whether they find the components intuitive. If there isn’t enough time (or budget) to coordinate and record usability playtests, another solution is to simply release the draft rulebook to small focus groups of players, so they can read through the rulebook and give feedback on what they find confusing.

Get readthrough from designer. Ultimately, the rulebook reflects the designer’s game, so the designer gets final say. The designer may have been reading along as I did my substantive edits, but I want to make sure at this point that the designer signs off on my edits.

Do final edits. Based on the feedback from usability testing, focus groups, and the designer readthrough, I’ll make any final tweaks needed. I’ll read through the book one last time to try to squish any issues with, spelling, grammar, and punctuation.

Run spellcheck. After all that hands-on editing, a little technology comes in to help once again. Spellcheck is pretty much only great for finding obvious typos, but typos aren’t a good look, so I welcome any way to squish ’em.

Schedule proofreader. By this point, the publisher is likely running on a tight, tight deadline to finish and get the game to the printer, so I’ll need to make sure that proofreading can begin immediately when layout finishes. I’ll often hire fellow editor Kate Unrau to do the proofread—getting a second set of professional eyes on the text will find even more errors, a fact which the big book publishers know well.

Provide rules and style guide to proofreader. When layout finishes, I’ll ferry the rulebook and style guide to Kate. The style guide is useful because it tells Kate about my style choices, so she not only checks spelling, grammar, punctuation, and layout errors, but also style errors. Then Kate does her thing!

Receive and mark up rules from proofreader. When Kate’s done, I’ll skim over her comments to make sure that they all make sense, adding my own where necessary.

Submit proofread file. And that’s a wrap—we’re done! After this long and demanding process, I turn in the final proofreading notes to the graphic designer. Once they’re done, the game is ready to go to print, and everyone gets to party.