Subscribe to our RSS feed.Follow us on twitter.Like us on Facebook.Let's meet in LinkedIn
August 19, 2012 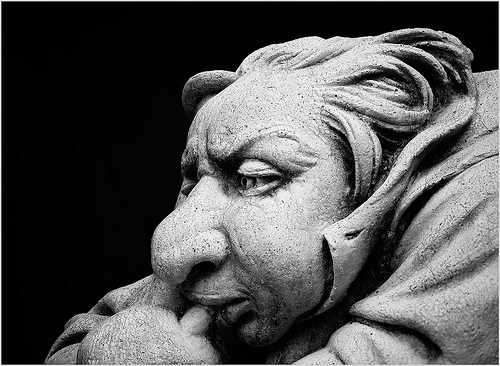 Little People Live Inside Me

There are little people that live inside me – a whole colony, a whole tribe: Little people of all sizes, shapes, and especially temperaments. I’m not really sure when they arrived; they never gave me good notice. Needless to say, they haven’t been good tenants ever since. They don’t even pay rent.

At first I tried to dote on them; they were unexpected guests for sure, but what else was I supposed to do? This only made them more insufferable, though, like spoiled children given too many toys. Their demands grew and grew, so one day I tried to evict them. (That didn’t work.) The police were useless, and just looked at me like I was a weirdo. My white blood cells just shrugged and said “not our business.” What a bunch of loafers. Macrophages and T-cells alike claimed this wasn’t in their jurisdiction. What do I pay them for, anyway?

So it was all left up to me. I tried shooing them away, using hand motions like those for a bad dog. “Is he doing some kind of dance?” they would say amusedly. Eventually they would join in the dance, clanging around inside of me like quarters in a clothes dryer. And like clothes lint in a belly button, they re-appeared day after day no matter the odds.

They don’t care for my daily goings-on. I’ll chastise them for hassling me while I’m enjoying a meal or when I’m with a girl, but they care little for my taste in food or in women. (Lil’ Ed and Crazy Bob are the worst of the lot.) Sometimes they like to hang out in my stomach; other times they might fancy an eyelid or cheekbone; heaven forbid they head to my heart and lungs.

Eventually the little people wanted to settle down, meaning building bigger and better things. They would strip off my copper wire and my insulation, my gears and my motors. They don’t seem to understand that this machine can only take so much. When they’ve run out of loot for the day, they grumble about their bad luck and pack off to somewhere just as inconvenient to me.

I don’t think they know of the whole wide world out there, out beyond me. They’re stuck in the past, convinced that the world is flat and bounded at my edges. Way out there, they must believe, are only these things: a vacuum, a waterfall, a sea serpent with very sharp teeth. Maybe that’s why they refuse to leave; maybe that’s why they’re so scared.

I think now that these little people don’t want my pity or my pampering, neither do they want harsh words, all they want is to be recognized. Each one just wants to be looked in the eye, to be respected and not feared. I’ve come to know the little people better now (even Lil’ Ed and Crazy Bob). All they want is a nice “hello” once in a while, to bring little smiles on their little faces. Maybe then, with enough courage, they’ll wade out into the void beyond.