Subscribe to our RSS feed.Follow us on twitter.Like us on Facebook.Let's meet in LinkedIn
September 27, 2011 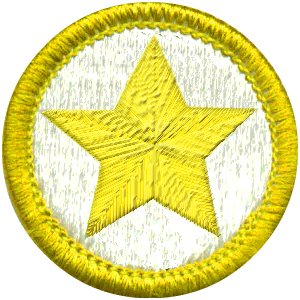 A soldier will fight long and hard for a bit of colored ribbon. ~ Napoleon Bonaparte

Have you ever encountered an idea that has made you stay up at night? Something that makes you think, “This could change everything if it takes off. What will the future look like with this in it?”

Open Badges is one of those things for me, and it should be for you, too.

So, what is Open Badges? Essentially, it is a program that encourages non-traditional learning by keeping track of accomplishments and incentivizing learning. “Why do this?” – Mozilla explains through a handy set of stories in their white paper. e.g. “There’s Kareem…”

…a 16-year-old Chicago southsider, who loves robots and movies and naturally can’t wait to see the new Transformers film, especially because they shot part of it in his hometown. He struggles in school because he does not understand how those things apply to his interests or to real life, so it’s easy to get bored and tune out. Luckily, he’s been able to pursue his interests through more informal learning opportunities with his peers through his local Learning Network after-school program: he’s made short films in a series of youth-oriented digital media workshops, mentored some younger kids at the local FabLab, and participated in a hands-on, sustainability-focused ‘hackfest’ competition, in which his team took second prize for designing and building a mechanism to sort recyclables. But these experiences are currently isolated and cannot be carried with him to other contexts, including his formal school environment. So instead, he gets negative feedback in school and has started to think of himself as unintelligent and below-average.

The white paper includes many other prototypical non-traditional learners, including the ambitious student who is too smart for her curriculum, the indie artist whose connections are everything, and the middle-aged professional seeking to leverage his skills to move fields.

The Open Badges announcement has prompted a swath of opinions. Some believe the ‘badgification’ of activities will lead to commoditization of learning, sucking the joy and spontenaity out of tinkering and playing, and that adding badges will drain the intrinstic motivation from the participants, leading to poorer learning experiences: “It’s not about learning anymore; it’s about getting a badge.” It tastes strongly of gamification, and that is what frightens some people. So to understand the Open Badges program, it is important to understand gamification.

A Fork in the Road

Everybody is talking about gamification. It’s a gold rush for marketers and business owners, a white light at the end of the tunnel for educators in our modern age, and a big, fat pool of money for academics everywhere.

What is it, though?

Imagine a world where all of your menial tasks are made game-like, where all of your day-to-day doings become fun-filled thrill rides, and even your happy times are brought to the next level with thoughtful design. That’s the premise of gamification – taking what makes games fun and applying them to the rest of our lives. However, discretion is advised. Gamification is a many-meaning’d word.

Essentially, the road to gamification takes one of two paths:

I’ve suggested the term “exploitationware” as a more accurate name for gamification’s true purpose, for those of us still interested in truth. Exploitationware captures gamifiers’ real intentions: a grifter’s game, pursued to capitalize on a cultural moment, through services about which they have questionable expertise, to bring about results meant to last only long enough to pad their bank accounts before the next bullshit trend comes along.

Take a step back; perspective is important, and so are semantics. Is Open Badges gamification or exploitationware? It’s certainly an incentive layer with no gameful elements, suggesting the latter option, but is it designed to addict?

I shot an email over to Dan Pink, author of Drive: The Surprising Truth About What Motives Us, about the motivational implications of Open Badges. Pink is a passionate advocate of using intrinsic motivators in creative work rather than carrots and sticks, so I was expecting to get a both-barreled refutation of Open Badges.  I was surprised at what I got back:

There’s been a lot of commentary on this and other aspects of gamification. But, IMHO, the truth is in the gray rather than the starkly black and white. When the badges are a form of feedback and information on what somebody’s learning or how much progress she’s making, they’re great. When badges are an end in themselves, they’re less great.

Aside from my distaste for his gendered pronoun grammar in this sentence, I wholeheartedly support Mr. Pink! He’s got one hell of a point. The devil is in the details, and we should all be asking at what point badges transition from being a healthy indicator to a harmful reward.

Straight to the Source

When somebody says “achievements,” the first thing to come to mind for most is videogaming. Achievements burst on the scene with online gaming services such as Steam, and have now expanded to two of the three major consoles, Xbox 360 and Playstation 3. They range from the desperately simple, like “Master of Clicking on Stuff” from Frozen Synapse, awarded for finishing the tutorial, to the almost impossibly hard, like just about half the achievements in Super Meat Boy. I’m guilty of spending sixty two hours to get the “Golden God” achievement for 100%ing the game. It was exhilarating to finally get, but it raises an important issue: would I have spent so much time if there wasn’t an achievement in the first place?

In “What Have We Achieved” by Daniel Carvalho, he tells the story of playing through Half Life 2. Due to a downed internet connection, he was able to experience the game without achievements and the subsequent shock when they appeared. When they did, he was doing a dull “find the boxes” side-quest that wasn’t compelling at all, but when a partial completion achievement popped its little head up, everything changed:

Now I felt compelled to find all the caches, and complete the achievement. My main concern with this is that it pushes the player to make decisions he might not have chosen naturally. I was trying to play the game as spontaneously as possible, and my voluntarily decision — not to specifically search out the caches — shifted to a mandatory treasure hunt, not to mention I had the burden of having a mental checklist.

What happens when we introduce achievements for educational accomplishments? Will we inadvertently shift effort from what people are passionate about to what is next in line or easiest to achieve? Will badges short-circuit the process of padding a resume, making it even more alluring? Carvalho poses: “What if I don’t want to prove myself, want if I just want to enjoy myself?” Gamers are already aware of the damaging effects that poorly designed achievements and sloppy incentive tropes can have, and are beginning to shout back. Incentivizing education using badges is certainly playing with fire, but perhaps they’re still good for something? Let’s now focus on the second pillar of the program: centralized, verifiable accomplishment tracking.

It is important to recognize that these badges are very good at quantifying an individual’s worth to the marketplace – certainly better than just a degree. If I was a manager and two people wanted a job, one with a Computer Science degree and one with (made up) “Expert” Badges in jQuery, Ruby, and MySQL, my first inclination would be to hire the badged worker. Why? Less effort. The badges are clear, granular indicators of his skills, whereas the degree only specifies a general field. In a best case scenario, the badges will act as a reassurance to passionate tinkerers that their efforts will generate something simple and tangible that they can present to businesses during the hiring process.

In a worst case, though, they dehumanize education and commoditize passions and interests. Alex Reid puts it better than I possibly could:

Honestly I don’t care about badges one way or the other. It’s about what you do and why you do it. What I believe we must resist is mistaking real motivation and meaningful learning for increasing our value as a human commodity in the marketplace. I’m fairly sure that education doesn’t make us “better” humans. I don’t even think learning can make us “more” human (whatever that might be), though it could expand our experience in interesting ways. The one thing we have to prevent is schooling making us feel less human.

Risking sounding a bit nutty, I am also going to advance the idea that the continued quantification of human passion could end up killing passion all together. I felt like I could find a kindred soul in (the previously extolled) Ian Bogost, so I asked him what he felt about the Open Badges program. What he said resonated with me strongly:

At worst, I see this as a kind of sci-fi doomsday scenario in which every “skill” is accounted for in advance and machines manipulate a market of human labor-units in the most efficient way possible.

It’s certainly a thought to chew on for a while. Let’s not let this happen.

Open Badges has the potential to be a game-changer. (No pun intended.) Heavy hitters like the Department of Education and the MacArthur Foundation have put their weight behind it, and with a well-known organization like Mozilla heading it up I see big things in the future. The way to make the best of it is to continue asking questions and having debates, so let’s not stop talking. With that in mind, here are a few ideas: