Subscribe to our RSS feed.Follow us on twitter.Like us on Facebook.Let's meet in LinkedIn
August 23, 2011 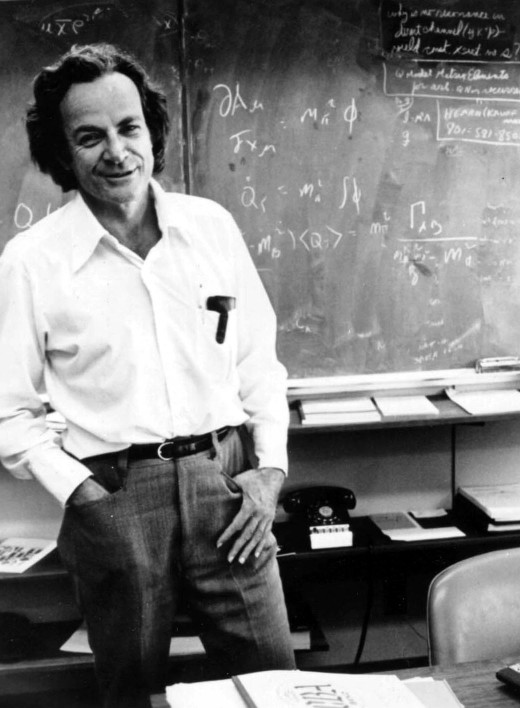 I’ve recently been reading Surely You Must Be Joking, Mr. Feynman! It’s a fantastic book, go read it now. It shows one of the greatest modern scientists, totally humanized in a down-to-earth, funny as all hell biography told through a series of anecdotes and stories from the man himself. Going through the book, it has become clear to me that there’s great wisdom stuck between the lines. So much of it is inadvertent, and not portrayed by Feynman himself as being some sort of pithy bit of awesome. I was so struck by some of the stories, though, that I had to share them. Feynman being such an unassuming man, it is to be expected that he didn’t play himself up. Go take a look at this video on why he doesn’t like honors to get a sense of the man’s ego. (The video itself being a bit of wisdom as well!) Anyway, on to the first tidbit of wisdom.

After graduating from MIT, Feynman made his way to Princeton. He managed to impress his adviser and many other people in his department, and managed to make his first seminar there in front of a cohort of big, big names in science.

A day or two before the talk I saw Wigner [the seminar organizer] in the hall. “Feynman,” he said, “I think that work you’re doing with Wheeler is very interesting, so I’ve invited Russell to the seminar.” Henry Norris Russel, the famous, great astronomer of the day, was coming to the lecture! Wigner went on. “I think Professor von Neumann would also be interested.” Johhny Von Neumann was the greatest mathematician around. “And Professor Pauli is visiting from Switzerland, it so happens, so I’ve invited Professor Pauli to come” – Pauli was a very famous physicist – and by this time, I’m turning yellow. Finally, Wigner said, “Professor Einstein only rarely comes to our weekly seminars, but your work is so interesting that I’ve invited him specially, so he’s coming too.”

Feynman was stone-cold scared to present in front of these people. Hell, he was presenting in front of Einstein. Even so, he ended up acing the presentation. Imagine what would have happened if he saw one of the preeminent scientists in his field (one of his idols, even) falling asleep during his lecture and couldn’t focus on the presentation itself. How would have that changed the outcome? What the seminar organizer told Feynman applies to everyone’s experience in public speaking. When making presentations, we often get caught up in how other people seem to be reacting to our talk. Our attention drifts from making the presentation to obsessing about how we are doing. By removing ourselves from the audience, we can perform (and yes, it is a performance) to a much higher degree. Those people in the audience, seemingly nodding off or nodding in agreement, do not matter. Focus on the talk, not the people.